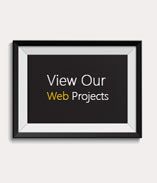 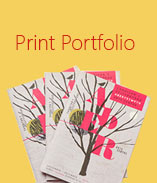 We are a leading web development company in India with a client base of large and reputed multinationals. We specialize in responsive, multi device compliant web design and development, e-commerce solutions, B2B Solutions, online promotion, portal development and software development for mobile platforms. Our web experience includes a wide range of web entities ranging from large corporate websites to online stores and portals.     View Web Portfolio

Developing a great brand requires a creative and pragmatic approach to thinking about how to exploit your brand story and maximize its impact. It is vital to leverage the unique qualities that lie at the heart of your brand recognition to realize business benefits. This is the true essence of story telling.      View Print Portfolio

Film is a reflection of life. A corporate film is a reflection of the corporate entity.  When a film is made its success is reliant on many things such as the script, the camera work and the Director. The film however works because of the vision behind it. Here at Avant Garde Omnimedia we understand the client’s vision and purpose behind making the movie and we portray it in the best way possible. We reflect in our movies the vision you have in a way that the audience will love and understand. We reflect the best of you in our Films because we see in you what you yourself have not seen yet.

In the modern world of business, it is useless to be a creative, original thinker unless you can also sell what you create - David Ogilvy “The Father of Advertising.”

The Television Commercial is an evolving entity. The simple T.V. advert has grown into a separate genre that can make or break a product. The advertisement is now a movie genre in its own right. Here movie making, film techniques, knowledge of the product and end audience comes into play. At Avant Garde Omnimedia we know exactly how to position your products. Our belief is that each ad should contribute to the image of the company and we do exactly that. We will not make a cinematic marvel that will not fetch you customers. Our way of making ads is not to make just a movie but to make a movie that sells your product while captivating your buying audience and enthralling prospective new buyers. In 60 seconds of airtime our advertising style would catch the attention of all who view it. In other words it’s not going to be just an ad… its going to be a vision campaign sure to land you new interested clientele.

Interactive content revolves around all the traditional tools of communication. It involves print, visuals, sounds, animation and film but the only thing that makes it stand out is that now you can pick and choose what you want to. A marriage between tried and tested traditional communication and cutting edge technology , interactive content is a sign of things to come. Unlike traditional communication here He/she chooses what to look at and what to skim over later. Interactive websites and interactive DVDs are only the tip of the iceberg…The latest twist to this technology being interactive information games that are themed around a particular subject. It’s a medium of not just advertising but also for learning and when applied correctly it becomes a powerful communication tool. For here the customer not just reads about you but truly learns about you while having fun. Just like kids who hate maths will practice and love it if it is turned into an animated fun game so too will customers read and learn about you if you make it fun filled. Interactive content can work for you when everything else fails because it’s foolproof.